BMCC is an export company that offers the best business services and solutions. All British sellers, exporters, manufacturing and British export companies are welcome to join and grow on export portal. 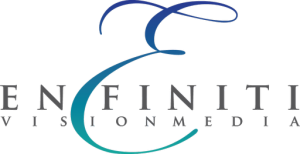 Enfiniti is Malaysia’s premier content creation and multimedia production company, who pioneered musical theatre productions in the country and were the producer of the first local film to be considered for an Academy Award and has contributed significantly to the local arts and entertainment industry, chiefly in the areas of musical theatre, film, television and event management. Most recently, EVM has expanded into the field of arts education and creative corporate training. Formerly known as Enfiniti Productions Sdn Bhd, the company was founded in 2003 by award-winning actress and producer Tiara Jacquelina as an expansion of earlier initiatives Kit Kat Klub Entertainment Sdn Bhd which organised entertainment events and TEN On TEN Pictures Sdn Bhd which focused on film and television production.