Over 300 Leading Businesses in Malaysia

BMCC offers networking contacts for all of its members, particularly with Government officials, with particular relevance to smaller and newer members who often lack the resources of the larger and longer established older members.

International SOS is the world’s leading medical and travel security risk services company. We care for clients across the globe, from more than 850 locations in 92 countries. We pioneer a range of preventive programmes strengthened by our in-country expertise, delivering unrivalled emergency assistance during critical illness, accident or civil unrest. 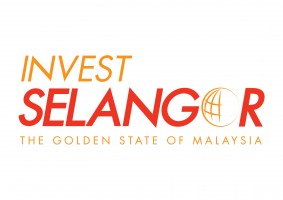 Invest Selangor is the first contact point for corporations planning to invest in Selangor. We are a one-stop agency, which provides information and advisory services to potential and existing investors as well as assistance in setting up operations in Selangor. Based on the experience of more than 16 years, Invest Selangor is considered a role model for other states in Malaysia, who have formed a similar mechanism. Staying ahead of the competition, we create new networks, services and competitive investment incentives provided by the Malaysian Investment Development Authority (MIDA)

Lancaster University is a collegiate public research university, based in Lancaster, England. The university was established by royal charter in 1964 and is ranked in the top ten of all three UK national league tables. It also received a Gold rating in the UK Government's inaugural (2017) Teaching Excellence Framework. In 2018, it was awarded University of the Year by the Times and Sunday Times Good University Guide and in 2020 was named International University of the Year. There are currently over 16,000 students based in the UK, as well as around 4,000 staff. The academic disciplines of the University are separated into four faculties: Arts and Social Sciences; Health and Medicine; Science and Technology; and the Lancaster University Management School. Since 2006, Lancaster University has operated in Malaysia through a strong partnership with Sunway University. Over twenty four dual-award programmes are offered through the partnership in the areas of Accounting; Business & Management; Communications; Computer Science & Information Systems; Digital Film Production; Interior Architecture and Psychology. Following a commitment of both institutions to deepen and broaden the partnership, in 2019 both universities formed the Future Cities Research Institute. The Institute focuses, initially, on two broad themes: Digital Cities and Sustainable Cities, built around existing expertise at Lancaster and Sunway. A third Theme, Liveable Cities, will be established later. The institute builds on existing strengths in Sunway and Lancaster, such as the Lancaster Environment Centre , complementing the work of the Jeffrey Sachs Center on Sustainable Development, and capitalising on Tan Sri Dato’ Seri Dr Jeffrey Cheah’s pioneering leadership in developing sustainable urban environments.

Marlborough College Malaysia is a fully coeducational, and independent British boarding and day international school in Iskandar Puteri, one of the best in Malaysia. The school is situated on a secure 90-acre estate on the southern tip of Malaysia 20km from the Singapore border. The campus provides a spacious and beautiful environment to enrich the development of our pupils.

Newcastle University exists for the public benefit to advance education, learning and research. Our objective is to build on this core purpose and, in doing so, provide new knowledge and creative solutions that make a positive impact. We aim to work collaboratively with our many external partners to shape brighter futures, grow the economy and champion social justice.

Nexus International School Malaysia is an internationally minded community which focuses on nurturing learners to become globally responsible and educated citizens. Our method is the Nexus Way where we provide a learning environment that is innovative, progressive, and grounded in trust, compassion, and respect. Nexus is internationally accredited for our effective approach towards learning. Our innovative methods have garnered recognitions such as ‘Mastering’ status for the delivery of the IPC, and many more.

Petrofac is a leading provider of oilfield services to the international oil and gas industry. We support our customers to unlock the potential of their assets; on and offshore, new and old. We have a 34-year track record and have grown significantly to become a constituent of the FTSE 250 Index. We have 31 offices and around 20,000 staff worldwide, comprising more than 80 nationalities. Our business is all about people, and we are committed to attracting and retaining the best talent and providing the appropriate support frameworks to enable them to work successfully as part of our Group. Our values are clear and they highlight what Petrofac stands for. They are the single most important and universal aspect of our culture. 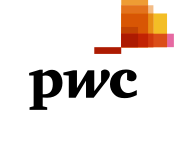 The firms of the PricewaterhouseCoopers global network (www.pwc.com) provide industry-focused assurance, tax and advisory services to build public trust and enhance value for clients and their stakeholders. More than 146,000 people in 150 countries across our network share their thinking, experience and solutions to develop fresh perspectives and practical advice. PricewaterhouseCoopers in Malaysia have played an integral part in the growth and progress of the country since 1900. Today, we continue to work with many large multinationals, public sector entities, and Malaysian companies providing solutions to their business issues. "PricewaterhouseCoopers" refers to the network of members of firms of PricewaterhouseCoopers International Limited, each of which is a separate and independent legal entity.

The Regus Group is the world's leading provider of pioneering workplace solutions, with products and services ranging from fully equipped offices to professional meeting rooms, business lounges and the largest network of video conferencing studios. The Regus Group delivers a new way to work, whether it’s from home, on the road or from an office. Clients such as Google, GlaxoSmithKline, and Nokia join thousands of growing small and medium businesses that benefit from outsourcing their office and workplace needs to The Regus Group, allowing them to focus on their core business.

Rolls-Royce designs, develops, manufactures and services integrated power systems for use in the air, on land and at sea. We are one of the world’s leading producers of aero engines for large civil aircraft and corporate jets, and the second largest provider of defence aero engines and services in the world. For land and sea markets, our products are used in marine, civil nuclear and industrial applications. Our Malaysian clients include, amongst others, Malaysia Airlines Bhd, Air Asia X, Eagle Express, various corporate jet owners, RMAF, RMN, MMEA and various private ship owners. Rolls-Royce has had a presence in Malaysia for over 60 years. We have an office in Kuala Lumpur and field service office in Kuala Lumpur International Airport. We are a strategic partner to Malaysia’s industrial development and a founding member of the Aerospace Malaysia Innovation Centre (AMIC).